The Illinois Trade Secrets Act defines a trade secret as any sort of information which is "(1) sufficiently secret to derive economic value from not being generally known to other persons who can obtain economic value from its disclosure or use; and (2) is the subject of efforts that are reasonable under the circumstances to maintain its secrecy or confidentiality."

Trade secret law is based on state statutes modeled after the Uniform Trade Secrets Act and some related common law. In Illinois, the trade secret law was first codified in 1988. Prior to that, trade secrets were protected under common law principles developed by courts.

Information that can have trade secret status is broadly defined in the Illinois Trade Secrets Act as including technical or non-technical data, formulae, devices, methods, processes, drawings, financial data and even lists of potential or actual customers or suppliers. Negative know-how, including the learning curve of failed attempts to solve a particular problem, can qualify as trade secrets. Inventions that may ultimately be patented should be carefully protected as trade secrets until a patent can be obtained. However, because patents require public disclosure and then offer only a limited time of exclusive ownership, many businesses choose to protect their critical innovations as trade secrets that remain protectable for as long as they are secret, like the recipe for Coca-Cola.

Information can be treated as a trade secret if it has value (actual or potential) for its owner and is actually secret and kept that way with security efforts like nondisclosure agreements, passwords and/or keeping it under lock and key. Key employees that know information at the core of a business (customer decision-maker contacts, contract renewal dates, formulas, and the like) should each be made aware of the sensitive nature of what they know and sign agreements that restrict what they can do with that critical information after they are no longer employed. Its imperative to have solid nondisclosure agreements, often referred to as NDAs, signed before any significant discussions with other companies, like evaluating vendors, distributors, partners or acquirers. 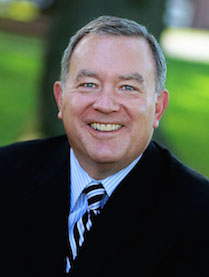